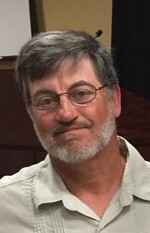 Ken was born on August 14, 1957 in Independence, MO to Kenneth E. “Dubie” and Mable L. “Lorene” (Elliott) Binger. He graduated from Van Horn High School. He worked for Kansas City Southern Railroad for 23 years. On May 1, 2004 after 5 years of dating, he married his wife Penny in a unique ceremony at Missouri Town. His marriage to Penny also gained him a daughter, Ashley. He enjoyed outdoors: working on his vegetable garden, hunting and fishing. He owned land near Truman Lake and loved to sit outside in the morning and listen to the woods wake up. Ken had a great sense of humor, was always willing to help, and deeply loved his family.

He was preceded in death by his parents.

The family suggests that memorial contributions be made to Missouri Department of Conservation.