To share your memory on the wall of David Kluge, sign in using one of the following options:

Your condolence has been posted successfully

There may be a delay while processing. Please do not click the back button or refresh while a payment is processing.

Your donation has been processed successfully

Dave was born on December 20, 1940 in Springfield, Il to Herman Frank and Irene (Baggerly) Kluge. He graduated from Fichens High School and then enlisted in the United States Army. As a teenager, he met Margaret Marie Wilson and they were married on April 16, 1963. In 1964 they moved to Independence, MO and started their family. Dave enjoyed camping at Lake Lafayette with his kids, fixing up cars, attending car shows, and The Chiefs. Most of all he loved his family, and The Chiefs. He was a member of The Eagles Club in Sugar Creek and spent Wednesday evenings at Erin’s Pub with his daughter. Dave was a huge supporter of his family, had a great sense of humor and will be missed by many.

He was preceded in death by his parents, siblings, and his wife Margaret.

Receive notifications about information and event scheduling for David

By subscribing to updates, you will receive any notifications sent about changes to service schedules or other important information

Please add your text number or email address before submitting.

You have successfully been subscribed to notifications!

You will receive any future notification messages.

Provide comfort for the family with a meaningful gesture of sympathy.

Consider providing a gift of comfort for the family of David Kluge by sending flowers.

We encourage you to share your most beloved memories of David here, so that the family and other loved ones can always see it. You can upload cherished photographs, or share your favorite stories, and can even comment on those shared by others. 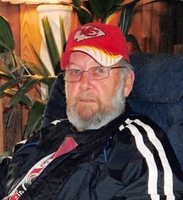