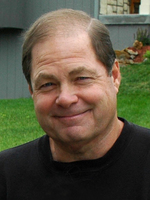 John Stephen Cauveren, 69, passed away at his Independence home on Monday, May 13, 2019 of natural causes. A private visitation was held on Saturday, May 18. In lieu of flowers, please consider making a donation to the Nelson-Atkins Museum of Art, 4525 Oak St., Kansas City, MO 64111.

Steve was born May 27, 1949 to William and Mary (Weldon) Cauveren.
He was a lifelong Independence resident and graduated from Van Horn High School in 1967. He attended college at Northwest Missouri State in Maryville and received his Bachelor of Science Degree in Social Science in 1971. He was a proud member of Phi Sigma Epsilon social fraternity.

Upon graduation Steve began an Education profession that would span 26 years. He completed his Master’s Degree along the way in 1975.

Steve spent most of his career at Winnetonka High School of the North Kansas City School District where he taught History and Social Studies. He retired from teaching in 1997.

Steve was an avid student of American history and traveled to numerous historic locations across the country during his lifetime. He also enjoyed volunteering for local heritage sites and commissions in his spare time.

Steve was a long-time supporter of culture in Kansas City and regularly enjoyed his memberships to the WWI Museum, Nelson-Atkins Art Museum and KC Zoo among others.

Steve loved the outdoors and frequented many local hiking trails. He took great pride in his countless carpentry and landscaping projects.

He will be greatly missed by his family and friends.