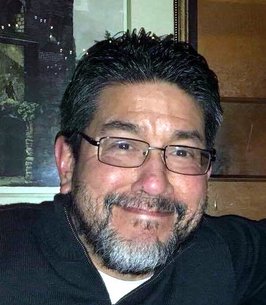 Memorial Candles Lit for Peter | SEE ALL
Light a Candle
"We are honored to provide this Book of Memories to the family."
— Speaks Suburban Chapel
Funeral Details Memory Wall Photos & Videos

Print
Peter (Pete) Ray Jaynes loving husband and father of three of Independence, Missouri passed away Sunday, September 9, 2018 surrounded by his family. Pete was born January 7, 1968 in Kansas City, Missouri. He was adopted by parents, Edgar Francis Jaynes and Gertrude Enoi Foo who both preceded him in death. Pete was a lifelong resident of Independence, graduating from William Chrisman High School in 1986 and raising his family here with the love of his life, Gayle (Shaw), whom he married July 21, 1990.
After attending University of Missouri Kansas City and earning his Bachelor of Business Administration from Baker University, Pete he enjoyed a successful career in Information Technology. He was a Legal Practice Support Specialist with Kutak Rock and was previously employed with Sprint for several years. Outside of work, Pete had a passion for politics and working in his yard, but he dedicated his time to the thing he loved the most, his family. He was a man of faith who, in his own words, believed “with a strong foundation you are all set to meet the challenges of the world.” Pete was known for his witty sense of humor, infectious laugh, and crafty ability to “tell it like it is” with friends and family.
Pete is survived by loving wife, Gayle; son Graham and wife Laura; and daughters Olivia and Isabelle. Pete and Gayle’s children were the center of Pete’s life, and his pride and joy. Pete was happily anticipating the birth of his son Graham’s first child this fall and was thrilled with the prospect of being a grandfather.
Pete is also survived by his siblings, Francis Jaynes Hammond, Lois Jaynes, Aaron Jaynes, Scott Jaynes and Jared Jaynes, as well as in-laws Koye Shaw (Diana) and Jake Clemons (Michele), nephews Dean and Nathan, and niece Averi.
The family is hosting a memorial service for Pete on Friday, September 14, 2018, 2:00pm at Speaks Suburban Chapel 18020 East 39th Street S, Independence, MO 64055. Pete was charitable in death as he was in life by being an organ donor. In lieu of flowers, donations can be made to the Jaynes family in care of Speaks Suburban Chapel. Online condolences may be expressed at www.speakschapel.com
(Arrangements: Speaks Suburban Chapel 816-373-3600)

We encourage you to share any memorable photos or stories about Peter. All tributes placed on and purchased through this memorial website will remain on in perpetuity for future generations.

Our prayers and love are with you at this time.
Laura, Marsha, David, and Carissa Powers - Thursday September 13, 2018 via Donation
To: SAMARITANS PURSE
Share This:

SJ
I heard about Pete's dead through a email that some send me. Its been 25 years sense Pete and I've have spoken.It’s terrible to hear about your loss and I express my sincere sympathy to you and your family
I am deeply saddened by the loss that you and your family have encountered.Sincere condolences to the families grieving the immeasurable loss they suffered. I am sorry to be taveling over sea at this time an will not return till after the Memorial service.
Please accept my condolences..
Scott Jaynes - Thursday September 13, 2018 via Condolence Message
Share This:

D
We have you all in our thoughts & prayers 👏🏼!
Dean & Christy Clouse - Thursday September 13, 2018 via Video Condolence Message
Share This:

We are sending this in honor of Peter Jaynes, who loved his yard and flowers and trees. We loved him and appreciate the man he was.
Michael & Ramona Hyatt, Merriam Kusch - Thursday September 13, 2018 via Memorial Tree
Share This:

KM
We are sorry for your loss. Prayers to the family.
Ken Mccauley - Thursday September 13, 2018 via Condolence Message
Share This:

SR
With great sadness I learned of Pete's passing from my good friend and his father in law, Koye Shaw last Sunday. I know Pete was loved more than words can tell by his large family, and though he won't get to enjoy holding his grandchildren in his arms, I know he will remain in the hearts of his family forever. We will be keeping you all in our prayers and trusting that He will carry you through this difficult time in His Holy arms.
Stephen Redding - Thursday September 13, 2018 via Condolence Message
Share This:
1
Page 1 of 1
Share
×

Or use your email:

Connect with families at their time of loss. By subscribing to email updates, you will receive two daily updates containing all new stories, photos, candle lightings, condolences, and more.