In Memory of
Sherry Ann
Hammond
1977 - 2018
Click above to light a memorial candle.
Memorial Candle Tribute From
Speaks Chapels
"We are honored to provide this Book of Memories to the family."
View full message >>>
Send Flowers
Plant a Tree In Memory of Your Loved One
Click Here
Menu

In the event that there is an error
in the information presented,
please contact the funeral
home by clicking here. 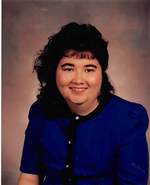 Sherry was born and raised in Independence, MO. She attended Sycamore Hills Elementary, Bridger Junior High and graduated from Truman High School in 1996. She also received her Bachelor’s Degree in Sociology from CMSU.

She was preceded in death by her nephew Michael.